We have also attached a sheet to print and cut out so you can make some!

This week we will be learning about comparing and ordering numbers. This means that we will looking and similarities and differences between numbers, as well as putting them in order.

Look at the picture. what is the same and what is different  about Tasmin and Ray's collections? 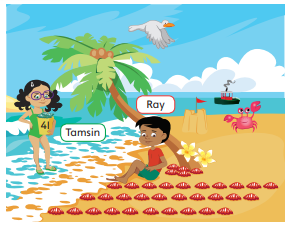 Use your tens and ones cut outs to show the number of shells each child has.

This is my example:

Who has the most shells? Ray or Tasmin?

Have a go at answering these, with help from someone at home. You need to work out how many flags each person has first and then use your > or < sign to show which number is bigger. 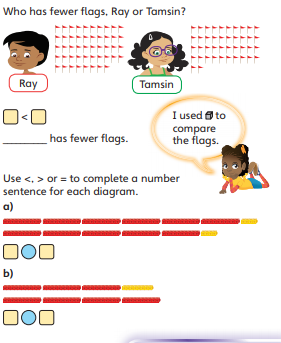 Now have a go at today's activity. 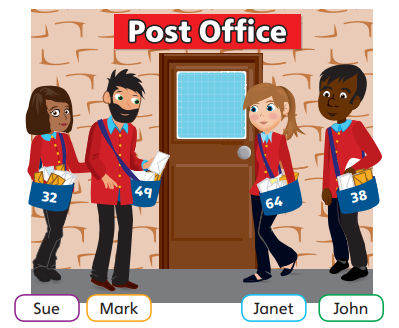 Who has the most letters to deliver? 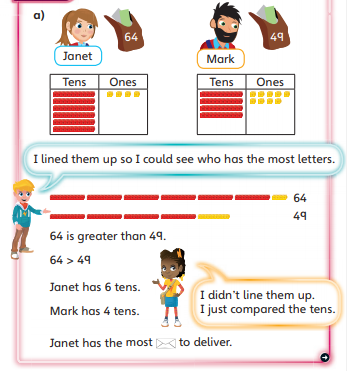 How has Dexter represented the numbers?

Whose method was more efficient, Dexter’s or Flo’s?

How would you represent the numbers? Would you do the same as Flo? 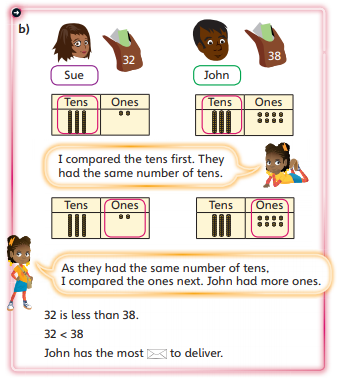 How could you represent the numbers to help you compare them?

How many tens are there in 38?

How many tens are there in 31?

Can you use that information alone to compare 38 and 31?

Have a go at today's activity.

Today we will think about ordering 2 digit numbers. 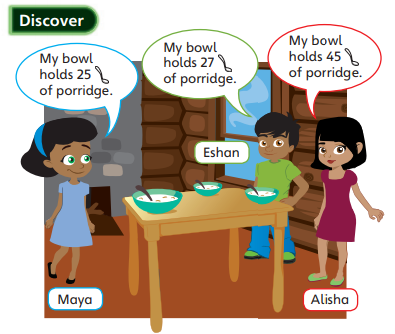 Order the number of spoons from smallest to greatest.

Which bowl belongs to which child? 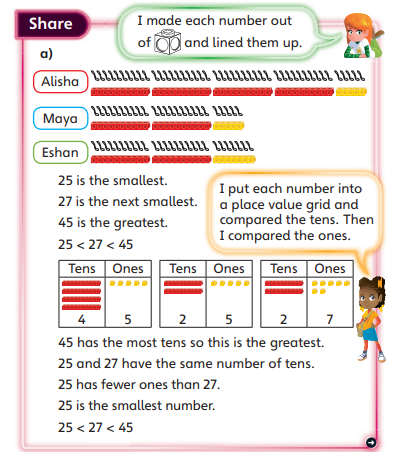 Have a go at today's activity. There's quite a few questions to get through.

Today we are going to look at Number Bonds to 100.

Have a go at 'Save the whale' to start with. 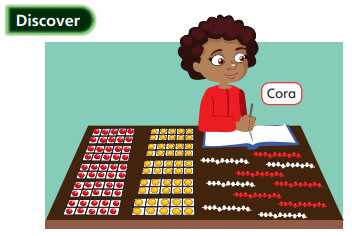 How many yellow counters does Cora have?

How many red counters does Cora have?

Can you draw a diagram to show this? Like this:

Think about how many red counters and how many yellow counters there are, then how many there are altogether.

Here's how I worked it out 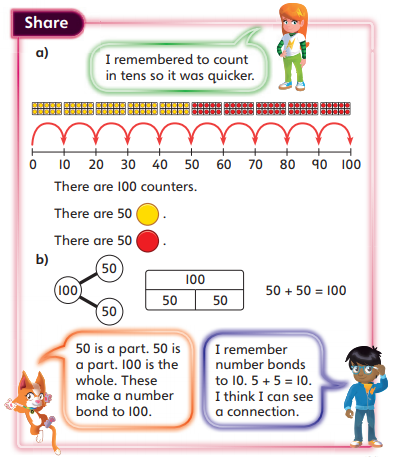 Can you have a go at it again, now that Cora has swapped some counters? 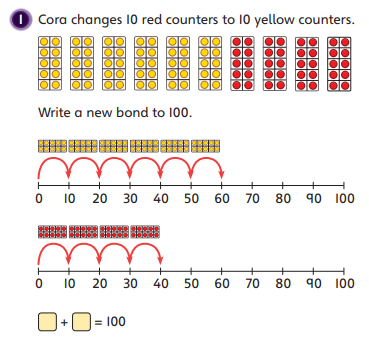