Henri Matisse is a French artist known for making colourful works of art. He used a variety of materials in his work, including paint, bronze (for his sculptures), and he also made drawings using charcoal. As Matisse became older, he began to work with brightly coloured paper and would ‘paint with scissors’ to cut out shapes, animals, leaves, dancers and flowers and then arrange them. 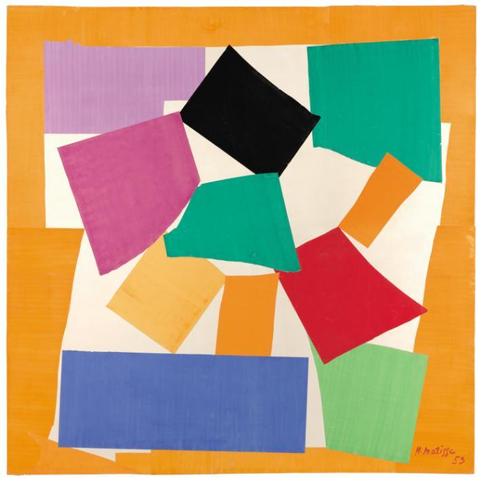 One of Matisse's most famous works is called The Snail. Does the spiral pattern of shapes remind you of anything?

It was made in 1953 and shows Matisse's interest in bright colours. He arranged complementary colours alongside each other to create a vibrant effect. For example, you'll see that by putting green next to red, and blue next to orange the colours seem to buzz and really attract your attention.

Can you make a piece of art in the style of Matisse's The Snail?