Today, we will learn about making our writing more descriptive.  We will learn how to do these things before we start our long writing tomorrow.

We will do this by:

Have a look at this poster: Digging Deeper.  Can you see how the writer has improved their sentences? 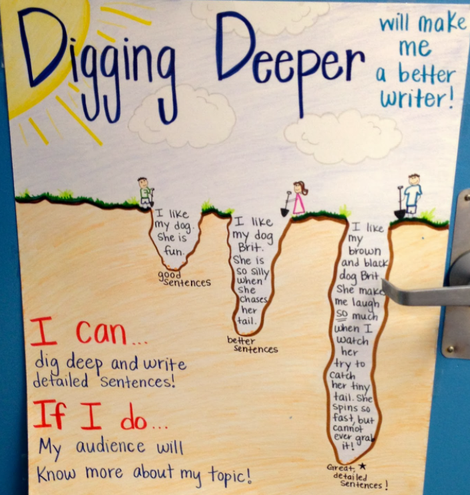 Write one 'boring' sentence to describe either Ma Liang or the Emperor.  Here is mine:

The Emperor is greedy.

Now, try to improve this sentence by adding an adjective, using your lists from yesterday. Here is mine:

The wicked Emperor is greedy.

Now add 'because'. Here is mine:

The wicked Emperor is really greedy because he wants all the gold in the world.

Can you write some descriptive sentences with 2 adjectives before the noun?  This is brilliant, simple trick that really improves your writing!