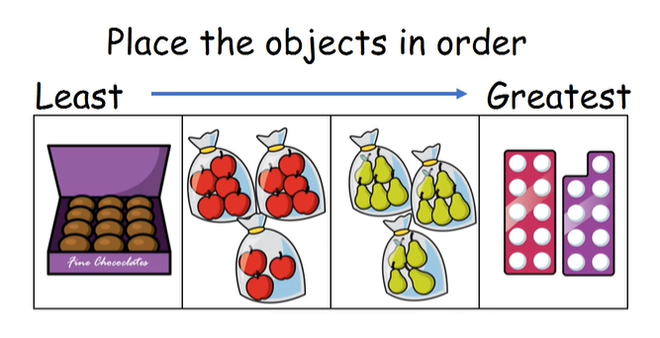 We are learning to order groups of objects.

We will be using the following maths words:

Who has the most letters in their first name in your family?

My daughter CHARLOTTE has 9 letters in her name.

My son HENRY has 5 letters in his name.

‘Charlotte’ has the most number of letters.

‘Henry’ has the least number of letters.

As an extra challenge:

How could you show greatest to least?

For example, you could group your playmobil characters, your lego pieces, dinosaur figures and teddies into groups to show greatest to least?